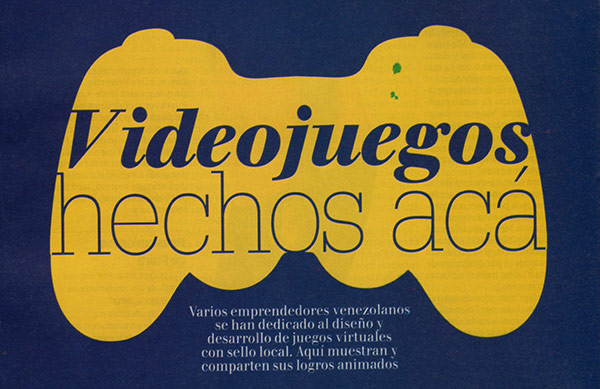 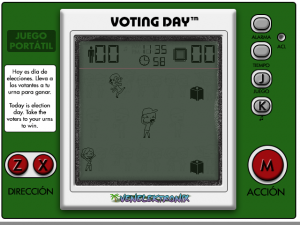 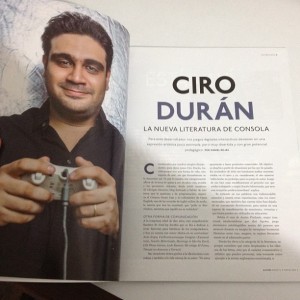 This is the first post I’m writing in English. This is one of the first changes I’m doing to my personal site. Before this, the site was a collection of static pages that showcase my work. This is still true, but now I’m using the site to publish my writings in English.

If you’ve never visited me, well… hi. My name is Ciro Durán. I code. I make games, and I encourage people to make games. I live in Caracas, Venezuela, and I dedicate to things related to videogames around here. I love to write about videogames and programming in my other blog, but until now I did not have a more personal space, being Tumblr a bit inadequate to express longer thoughts. I also plan to write videogame-related stuff here, but at least I don’t feel bound to the subject nor the language.

It’s funny. I’ve had a videogames programming blog in Spanish called El Chigüire Literario (translates to The Literary Capybara), in which I have been writing since more than 7 years, but I feel like starting anew with English, with a lot of possibilities, all of them at the same time. In these matters, I usually tell an anecdote of the time I was made aware of how subtle are language translations, and more importantly, how can you “translate your personality” from your native language to a new one.

In 2006 I had the second opportunity to travel by myself outside of Venezuela (the first time being in 2005). I went to Boston, U.S.A. to attend SIGGRAPH, and I stayed in a very nice hostel. This hostel was very active, and always organizing all kinds of activities every day, including a meetup for the guests in the top room of the building. These guys organized some kind of open mic night, and having a sudden rush of bravery, I stood up and told a joke. It was one of the “Mama! Mama!”-style jokes that in Venezuela are so popular to the point of being rather stupid. So when I come up in front of a very diverse audience from lots of places in the world, I say this:

Mom! Mom! Dad’s gone crazy and he’s throwing everything through the windoooooooow…

With that last word elongated, as if I had been really falling to a really large hole.

Once I said this, all the audience, including the hosts of the hostel, started laughing really hard. As if I had told the funniest joke in the world. I’m not sure if they were laughing because of the joke, or my deliver. But at least the rest of the night some people asked if I had some similar jokes.

At this moment, I gave a serious thought on what constitutes your personality. Even if you memorize a lot of vocabulary and grammar of a second language, there comes a point where other speakers of that second language judge you by the way you use that vocabulary and grammar. Even if you think of yourself as a formidable speaker, when two or more locals start talking, their speed and inside jokes can be so overwhelming that you have no choice but to stand there, staring and smiling, with no idea of what they’re talking about.

So, in short, personality could be defined as the thing you do with the language you are provided. Because different languages have different approaches to the various subjects of life, you could develop different personalities, depending on what you choose to incorporate in your thoughts in the language you’re using.

I’ll just wrap up this post. There are certainly many things I’d like to discuss with other non-Spanish speakers, and that’s what this space is for. I still plan to write stuff in Spanish in El Chigüire Literario, and I will feel good about both languages not interfering with each other. END_OF_DOCUMENT_TOKEN_TO_BE_REPLACED

SIGGRAPH is the premiere international computer graphics event. I had written previously in my blog about the SIGGRAPH 2007 student volunteer program, y being near the SIGGRAPH 2008 deadline for applications makes me think of writing my own experience as a member of this program.