I’ve been a regular speaker for classes and events, and I have accumulated a good deal of talk material spanning subjects around videogame development, business models in Venezuela, Python and Assembly programming. My presentations are oriented to teach and entertain. I’ve given talks in Spanish and English. You can see the material listed in this section.

An Introduction to HaxeFlixel with HTML5 (English, HTML, interactive slides)

Physical Computing with Unity (English, HTML, interactive slides), the slides are complete but I could not give the talk. How do you know that what you’re developing is worth it? (Spanish, Video in Youtube)

Introduction to cocos2d-x for game developers (Spanish, Video in Youtube) 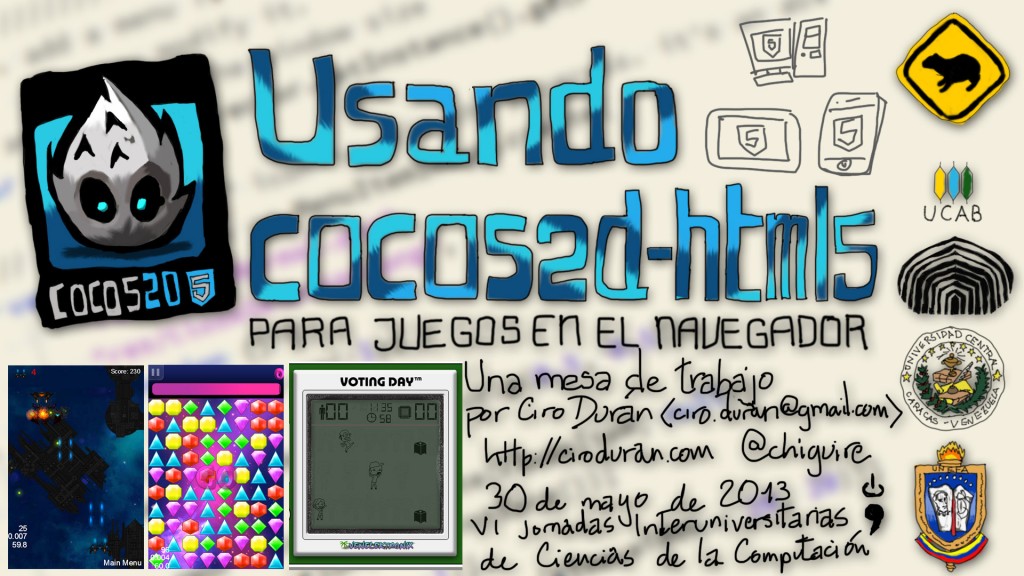 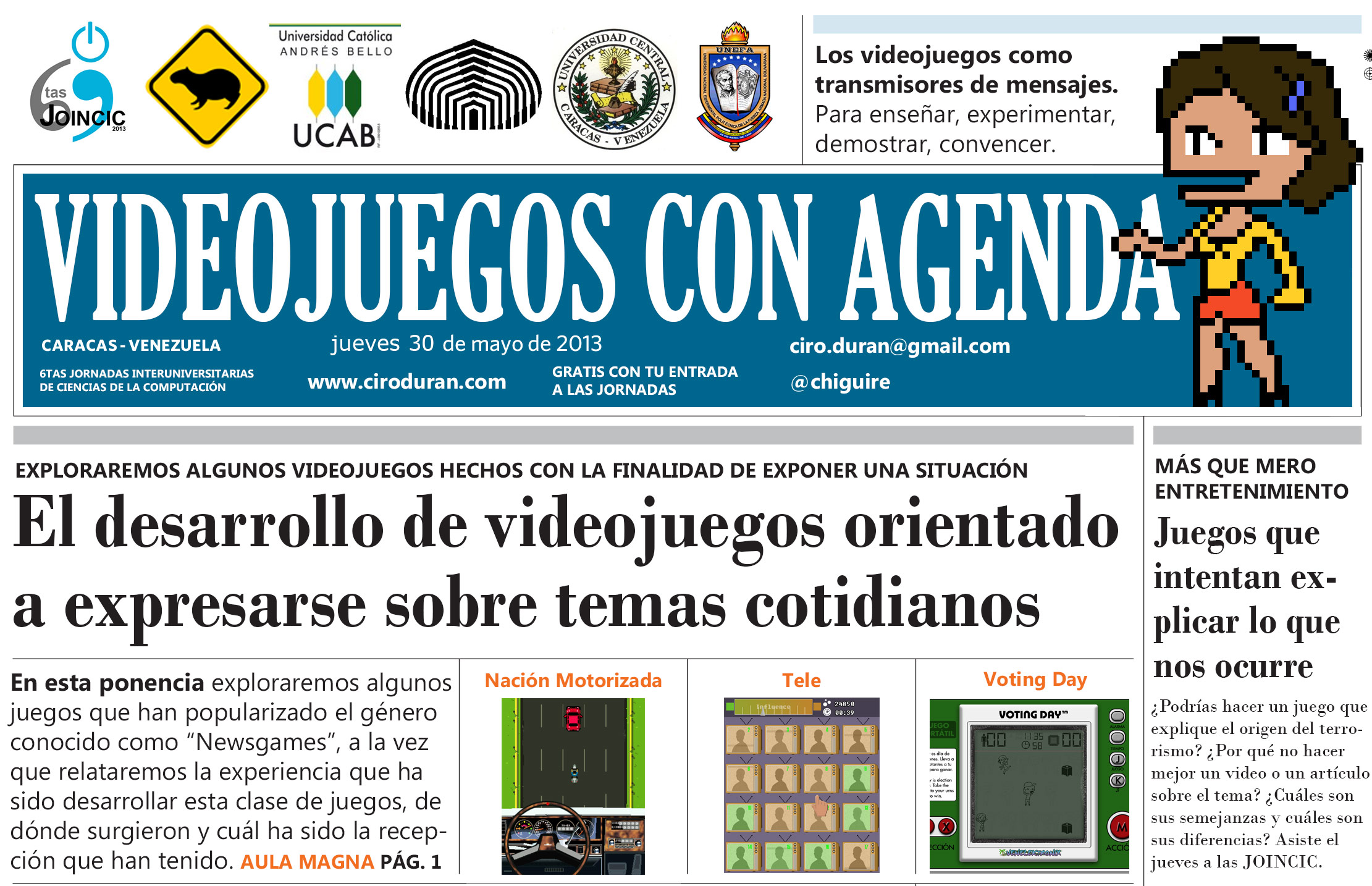 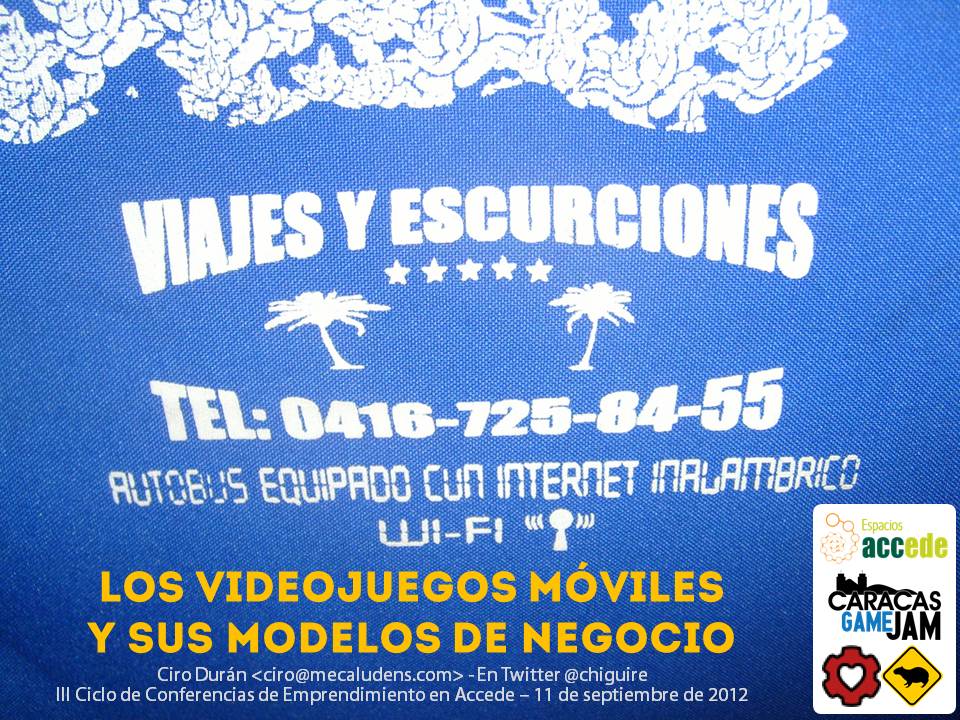 A Business Model for Videogames in Venezuela (Spanish, with notes, PDF, 8MB) 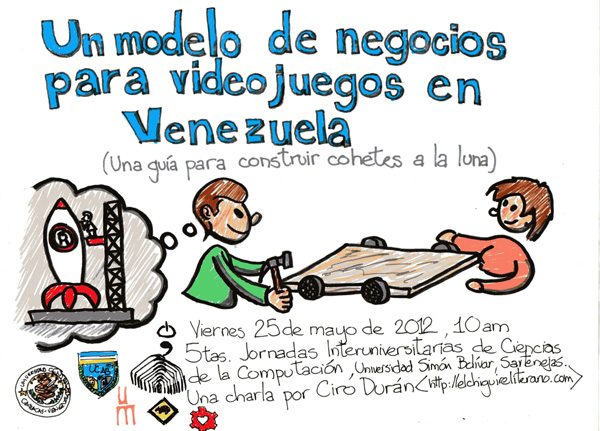 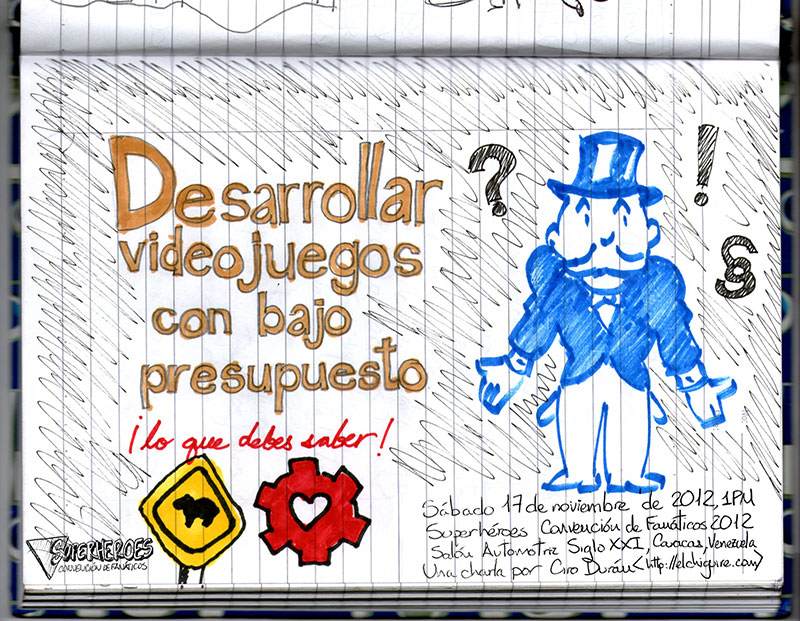 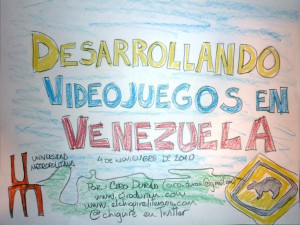 Videogames as a form of art (Spanish, HTML). Video of the talk in Vimeo A talk about the Venezuelan Law Against War-like Games and Toys (Spanish, video in Vimeo) Start making a videogame and finish it! (Spanish, with notes, PDF) 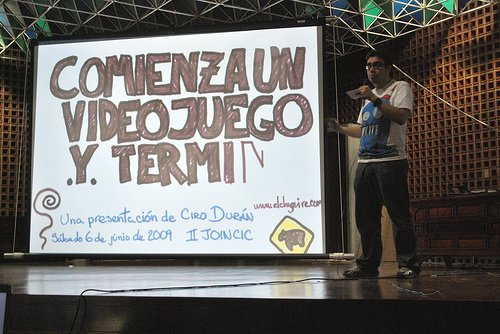 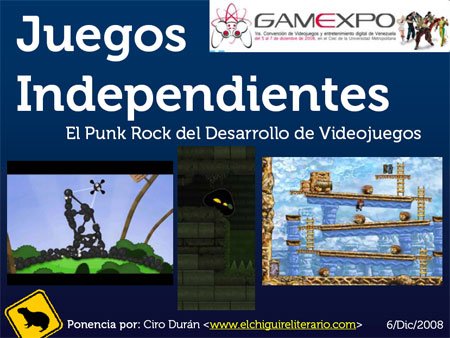